YOGA FOR MIND, BODY and SPIRIT

If you have any questions that are not covered here we would be happy to hear from you and try to help in any way we can.

Q 1:  What is Yoga?   Yoga was first developed in India as a psycho-physical discipline with roots going back about 5,000 years. Today, most Yoga practices in the West focuses on the physical postures called "asanas," breathing exercises called "pranayama," and meditation. However, there is more to it than that. The deeper you look into yoga the richer and more diverse the tradition becomes. The word "Yoga" means union.  These days the focus is often on the more physical benefits of Yoga, including improved physical fitness, mental clarity, greater self-understanding, stress control and general well-being. Spirituality, however, is a strong underlying theme to most practices. The beauty of Yoga is in its versatility, allowing practitioners to focus on the physical, psychological or spiritual, or a combination of all three.

Q 2: What is the meaning of the word “YOGA”?    The word “YOGA” is derived from the Sanskrit (language) root “YUJ”, which means join or union. The purpose of all Yoga is to unite man, the finite, with the infinite, with Cosmic Consciousness, truth, God, light or whatever other name one chooses to call the ultimate reality.

Q 3: How many types of Yoga are there?   Many - Hatha Yoga is the form most popular in the West, is actually part of Raja Yoga, the path of self control. Within Hatha Yoga there are many styles, such as Iyengar, Astanga, Integral, Kripalu and Jiva Mukti, to name a few. These styles all share a common lineage back to Patanjali's Yoga Sutras, a text outlining the basic philosophy and practices of Classical Yoga. It was written sometime between the second century B.C. and the first century A.D.

Q 4: Is Yoga a religion?  No. The physical and psychological benefits of Yoga are real and do not discriminate on the basis of race, religion, gender, political persuasion or any other way people like (or dislike) to categorize themselves.  On the spiritual side, most traditions -- East or West -- draw similar maps of the spiritual path. So in that respect, Yoga is mainstream. Like Shakespeare said, "A rose by any name would smell as sweet." For these reasons, many people feel they can practice Yoga without conflict with their religious beliefs.

Q 5: What does “Hatha” mean?  “Ha” stands for the sun and “Tha” for the moon. The correct translation of Hatha Yoga would be solar and lunar Yoga, since it deals with the solar and lunar qualities of breath and Prana.

Q 6: What is “Prana”?  “Prana” is a subtle life energy.  Everything living, from men to amoeba, from plants to animals, is charged with Prana.

Q 7: Who originated Yoga?  This is not known. Patanjali, who lived about 200 B.C., is called the Father of Yoga because he           first put into writing that which had until that time been handed down only verbally from master or Guru, to pupil .

Q 8: Can the average person take up Yoga for the improvement of his physical condition?   The Yoga postures, breathing and relaxation exercises can be taken up by anyone who wants to improve his physical or mental condition. One need not go into the more advanced stages of the training. For those who suffer from stress and anxiety, Yoga is very helpful.

Q 9: What's the difference between Yoga and just plain stretching and normal exercise?   Traditional exercise is goal oriented: How many push ups can I do? Can I touch my toes? I'm going to do 10 more crunches today than I did yesterday. Yoga, by contrast, is a process. The idea is to focus your awareness on what you are doing and how you feel as you perform the postures. In exercise, you fail if you miss your goal. In Yoga, you succeed by trying. There's also a difference on the physical level. Weight training for example, makes you stronger by breaking down and rebuilding muscle tissue. It is this breaking down and rebuilding that results in the bulky muscle look. Yoga increases strength by toning the muscles.

Q 10: Should women do Yoga during menses?   Mostly it's a matter of personal preference. Some women don't want to do Yoga during their period, many do not mind and continue to practice during menses. For women who do choose to practice, it is suggested that they avoid inverted poses, abdominal strengtheners, extended holding of any pose, or energizing breaths (kapalabhati). The issue is that these practices might interfere with the downward flow or cause discomfort.

Q 11: Can Yoga cure disease?  Yoga cannot cure anything but it could be the part of healing. The healing work is done by nature. Yoga exercises can only help remove impurities and obstructions, so that nature may be given a chance to accomplish her task successfully.

Q 12: What is the difference between Yoga exercise and gymnastics?   Yoga Asanas are an art applied to the anatomy of the living body, whereas gymnastics are a form of engineering applied to the muscles of the body. The aim of Yoga postures is not merely the superficial development of muscles. These postures tend to normalize the functions of the entire organism, to regulate the involuntary processes of respiration, circulation, digestion, elimination, metabolism, etc. and to affect the working of all the glands and organs, as well as the nervous system and the mind.

Yoga is able to influence physically, mentally, morally and spiritually. With practice students experience a sense of awakening. With regular practise students achieve balance and stamina through the postures.  In Yoga, relaxation is taught as an art, breathing as a science, and mental control of the body as a means of harmonizing the body, mind and spirit. 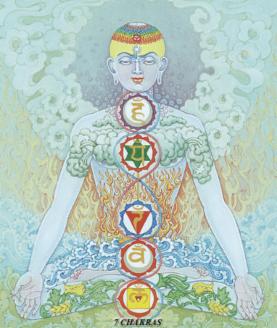